Digital Media response to natural disasters in Sri Lanka and around the world. When Cyclone Roanu brought heavy rains on drought parched Sri Lanka triggering flash floods, mudslides and landslips, many Sri Lankans rose up to meet a natural disaster that killed over 90 people and displaced over 185,000 people armed with mobile phones and internet connections.

It all started with the Safety Check for Sri Lanka floods launched by Facebook. When the water levels of Kelaniya River started reaching dangerous levels and heavy rains brought down a mountain upon a village in Aranayaka, Facebook safety check provided a method for people to let know their friends and relatives their location and whether they are in or out of danger.

As the weather and disaster conditions spiraled into something much bigger due to the heaviest rains recorded in Sri Lanka for the past 25 years, many digital media organizations as well as individuals mustered the strength of social media to drive the rescue and donation operations forward.

Armed with the hashtag #FloodSL volunteers and rescue groups tweeted and posted emergency requirements for transportation, rescue boats, food, first aid and other necessary items and the locations of collection centers creating an exodus of purchases of relief items throughout the supermarkets across countries.

Meanwhile victims of floods, who were trapped on rooftops and highlands posted and tweeted their locations and calls for help allowing help reach them on time. Online restaurant and shopping guide Yamu created a comprehensive list of donation collection points, for individuals to drop their relief supplies while roar.lk had a live blog running on the flood status around the country and relief requirements.

Twitter handle @FloodReliefLka created by International Movement for Community Development (IMCD), efficiently distributed information about the requirements of supplies and their destined locations to the world and grouped volunteers to carry out the essential volunteer work. 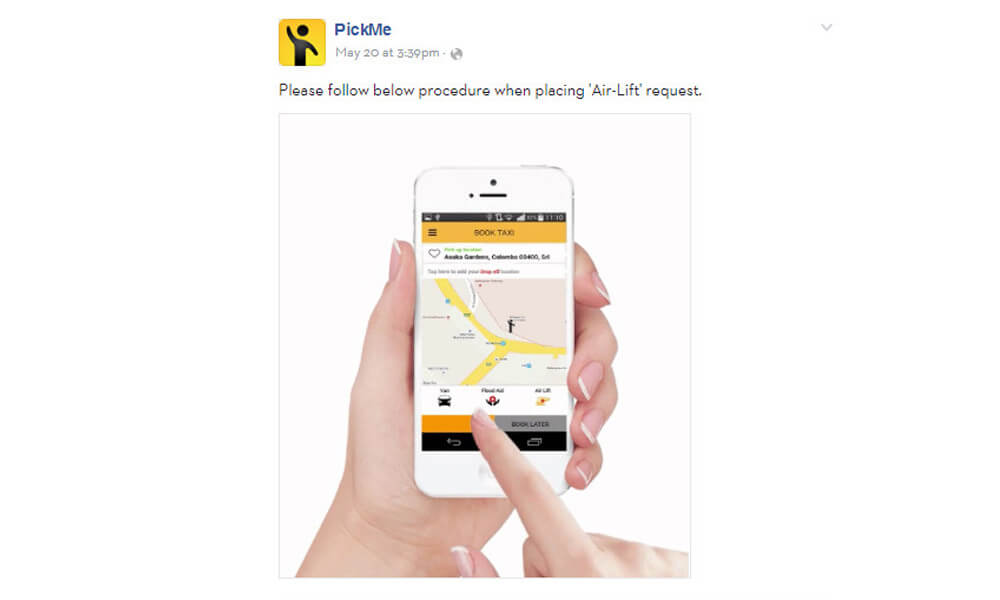 Encouraged by the positive use of social media and messaging channels for flood relief by the masses, PickMe customized their mobile app to collect and provide the GPS location of stranded flood victims to the Navy and Air Force, who were airlifting the people caught in the floods. People in flood free areas too were encouraged to feed the location of their stranded friends and relatives to the PickMe mobile app to accelerate the rescue missions.

In response to the wide spread use of mobile phones in rescue operations Mobile Service Operators including Mobitel, Dialog, Etisalat and Hutch Sri Lanka provided free calls and loan facilities to their subscribers affected by floods, enabling the affected stay in touch for longer. 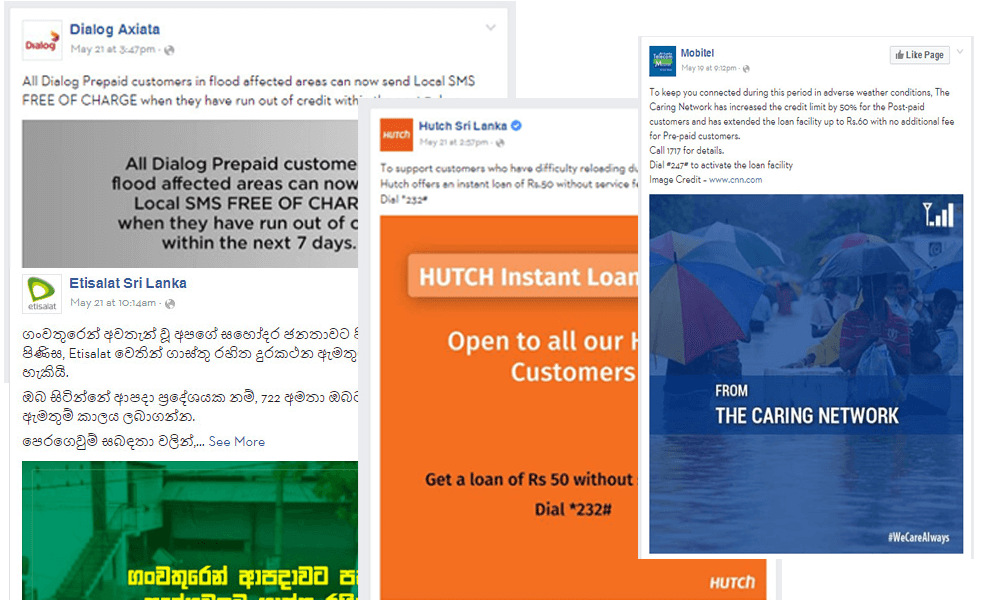 By taking the rescue and online missions to the digital platforms, local organizations succeeded in involving the general masses in the relief effort, which in turn created a wave of donations like never before and assisted the extensive rescue missions conducted by Sri Lankan tri-forces and other parties, who were braving the natural elements for days in the hard to reach corners in disaster struck areas.

As with any mass dialog platform, social media and mobile messaging channels gave birth to a wave of misinformation like the planned water and electricity cuts in whole of Colombo, yet these too were challenged, clarified and corrected through the same channels.

However, Sri Lankan floods is not the first time social media and mobile messaging channels were effectively used to drive the rescue efforts forward. Examples of effective use of social media in disaster management can be found from across the globe even during the early days of Facebook and Twitter.

Social media is now considered an integral part of pre and post disaster management in many countries including Canada, USA and India due to their ability to transmit timely and relevant information to a large number of people instantly. It also allows disaster management services track the spread of disaster through geographic locations and its self-governing behavior in curbing misinformation effectively makes it one of the most reliable channels of communications, when other channels get overwhelmed and unavailable. 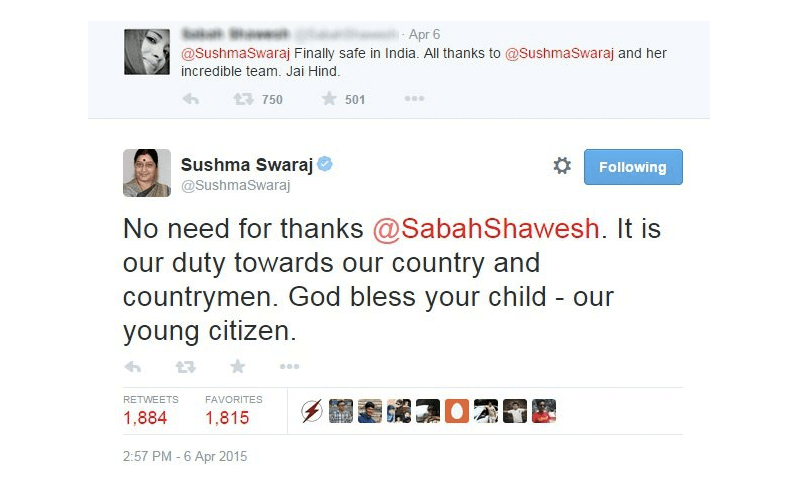 The world saw some of the most successful use of social media in disaster management during the Boston Marathon bombing and Nepal Earthquake. The Minister of External Affairs in India Sushma Swaraj (@SushmaSwaraj) exhibited the power of effective use of twitter in disaster management when she assisted the safe return of Indian national victims of Nepal earthquake back to India. Victims were encouraged to keep in touch through apps like Facebook, Twitter, Viber and WhatsApp and were provided emergency contact details of Indian officials in Nepal through her twitter handle.

As proved in both Boston and Nepal cases efficient coordination between civilians, government officials and rescue operators through social media channels could save lives and stream line ground operations more effectually and can also assure that help reaches even the most faraway corners of the disaster affected area and those in critical conditions. 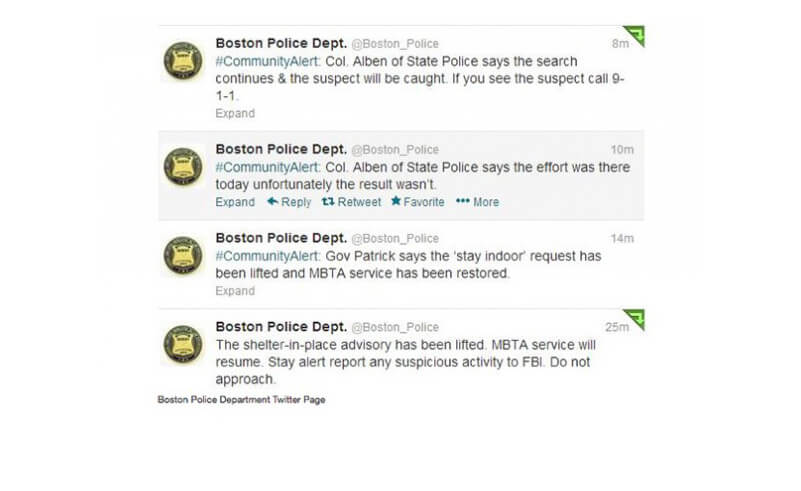 Although many government organizations across the world including in neighboring India have made social media channels a vital part in their overall communication, Sri Lankan authorities are yet to identify social media and mobile chat apps as a force to be reckoned with and here’s to hoping that they would do so before the next disaster strikes.